Maize is the world’s primary coarse grain. It is a king of cereals. It has the ability to grow in diverse climates. Its production is concentrated in North America, especially the USA, South America and China. In India, Maize ranks as the most important food & feed crop next to rice and wheat. Major course grain of corn is used for animal feed. Presently single cross hybrids with wide adoptability revolutionized the production and productivity. (Corn production has nearly doubled in the last one and half decades largely due to the adoption of single cross hybrids).It’s penitrance to most of the non-traditional areas, thereby many fold area increased by replacing other field crops. Maize has a mind boggling multifarious end uses as food, feed and industrial by-products which is unmatched with any other crop. 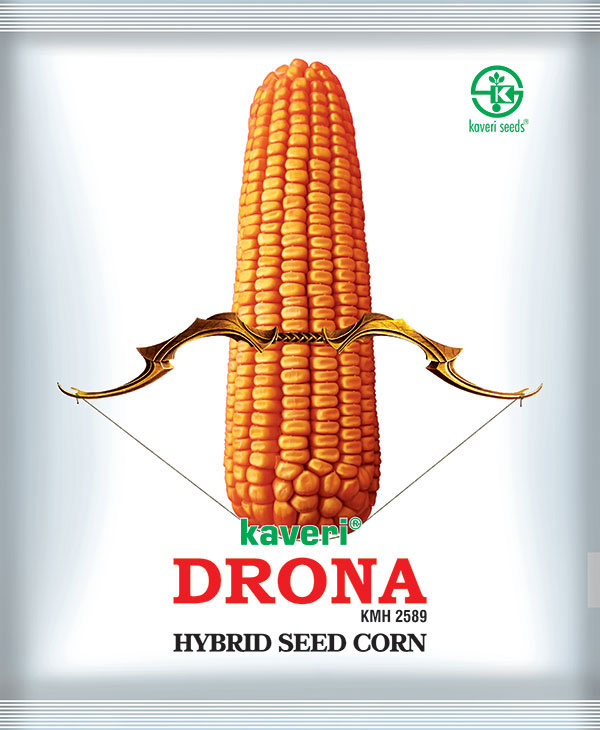 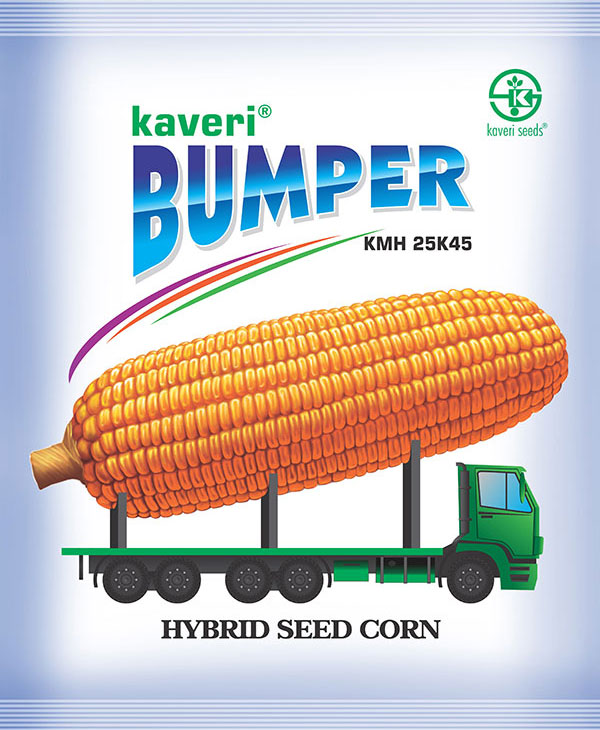 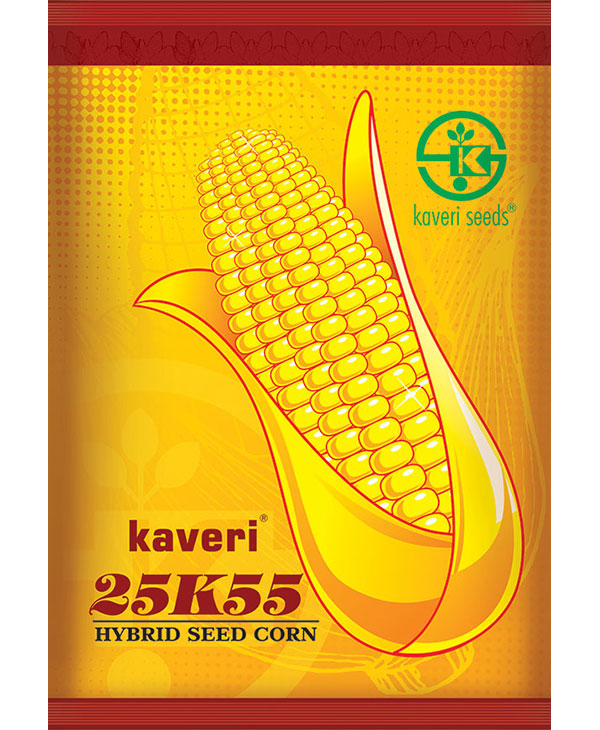 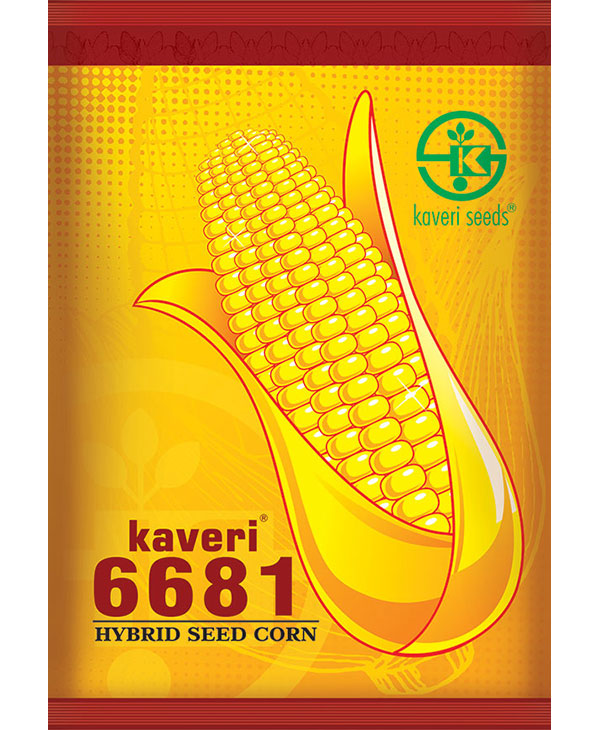 Rice originated in South East Asia. Agricultural population densities on Asians rice producing lands are among the highest in the world and continue to increase at a remarkable rate. Rapid population growth puts increasing pressure on the already strained food-producing resources. Rice is therefore on the frontline in the fight against world hunger and poverty. It is the primary staple for more than half the world population. Asia represents the largest producing and consuming region. In India consumer mostly prefer medium slender /short slender grain varieties. North India, hybrid rice is popular, while South India very negligible area. To make a Dent in hybrid rice cultivation in India, short to medium duration and resistant to major pests and diseases hybrid varieties with a fine grain type are needed. It should give 15-20% higher yield then only hybrid rice cultivation becomes remunerative. We have to develop and demonstrate, hybrid rice gives more yield and high buffering capacity. In most parts consumer preference is taste and quality rice. Rice is also a symbol of both cultural identity and global unity. The number of festivals, rituals, celebrations and recipes that are centered on this crop is noteworthy.

For all of these reasons, “Rice is Life.” 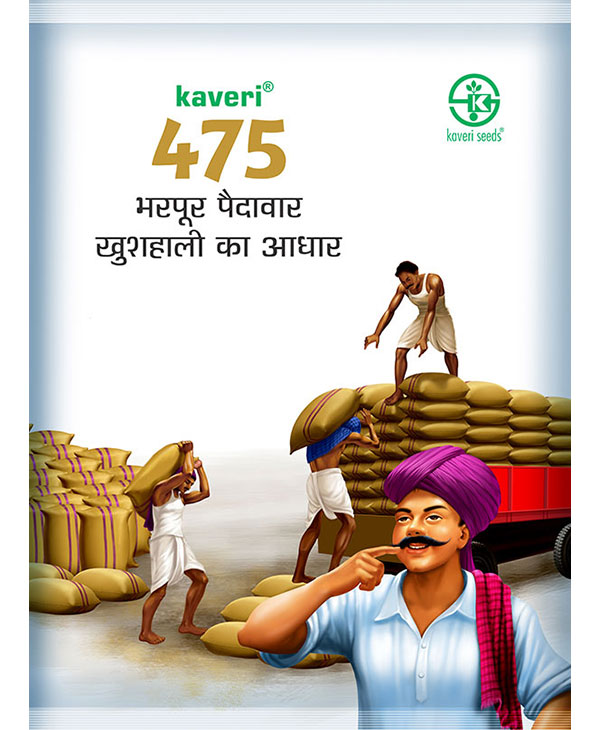 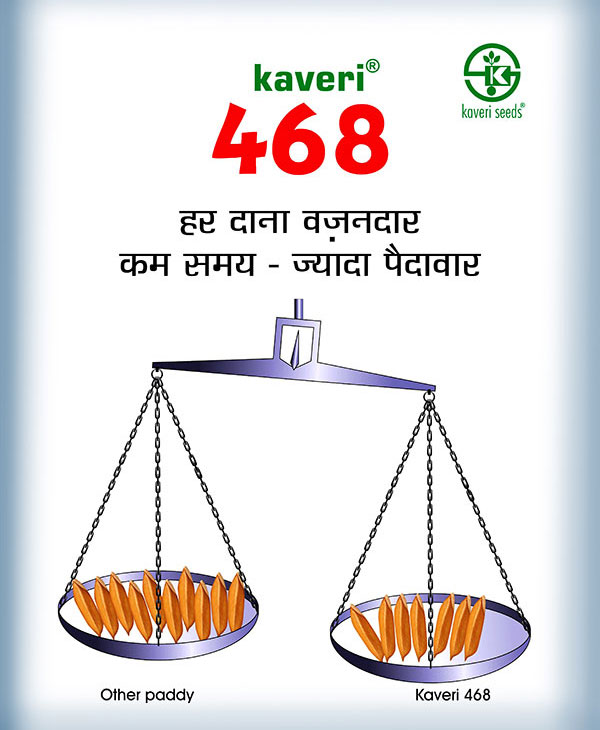 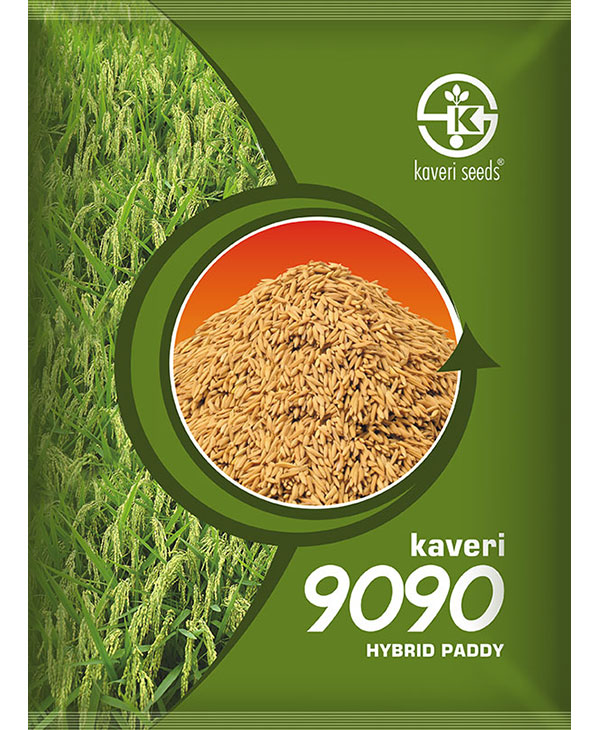 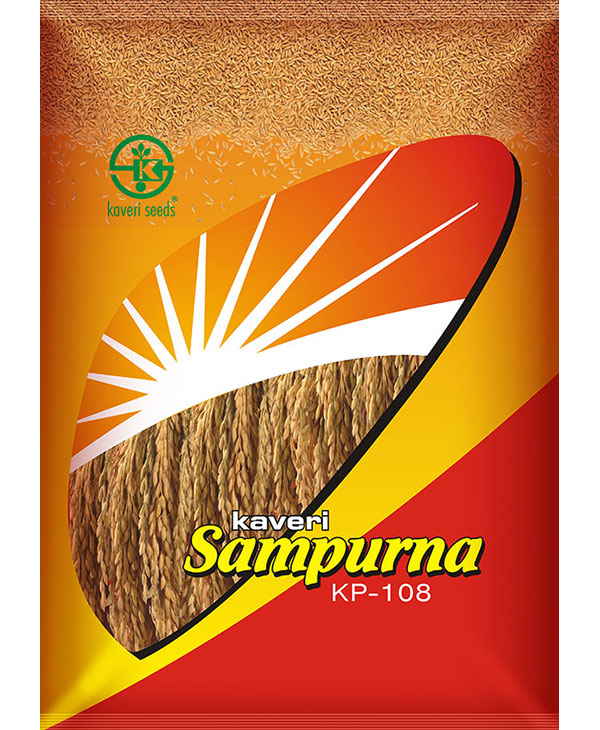 Cotton is also known as “White Gold”. It is an important fiber crop of global significance, which is cultivated in tropical and sub-tropical region of more than 70 countries worldwide. The major producers of cotton are China, India, USA, Pakistan, Greece, Mexico and Turkey. These countries contribute about 85% percent to global cotton production. India is second largest producer of cotton. It plays a dominant role in the industrial and agricultural economy of the country. In India there are nine major cotton growing states which fall under three zones 1. North zone 2.Central zone 3. Southern zone. Being cash crop cotton is known for its intensive cultivation.

Through the conventional breeding with the conjunct use of Biotechnology, BG-I & BG-II hybrids were developed in cotton, thus it replaced conventional hybrids and minimized the Bollworm attack. 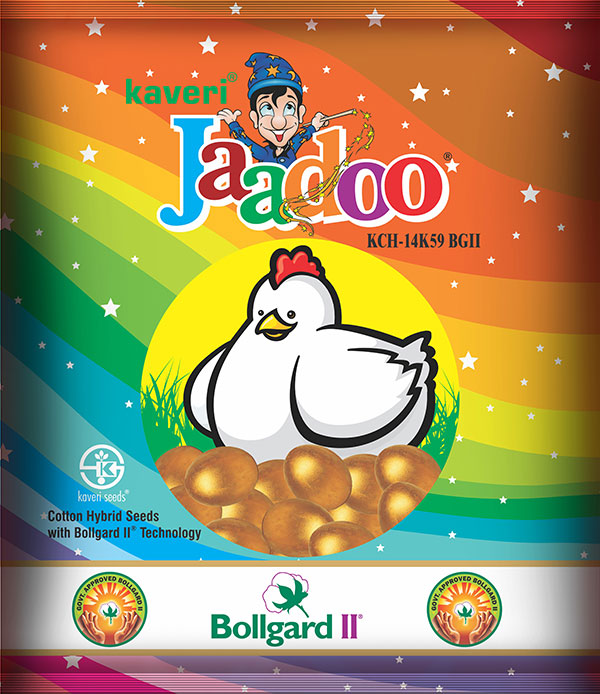 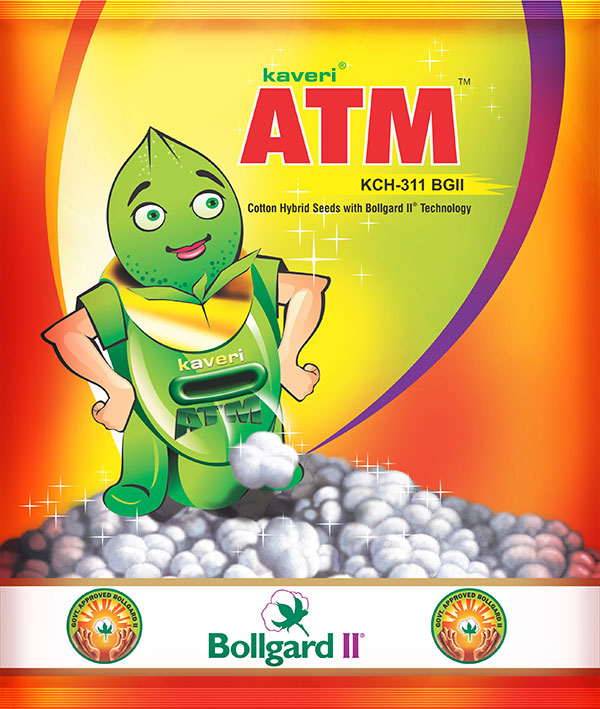 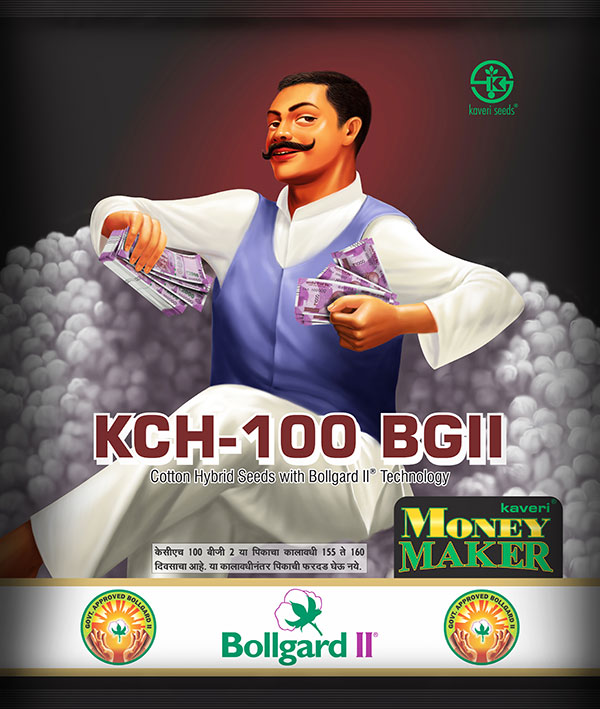 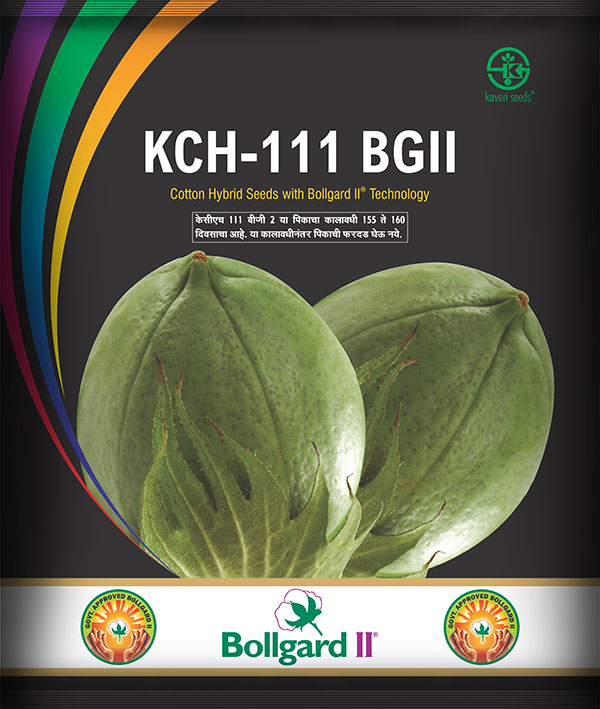 It is a recent introduction to India and shortly occupied as a prime oil seed crop, due to high heterosis. Number of hybrids developed by the public & private sector. It has a wider adaptability. It is a photo-insensitive crop thus it can be grown round the year. The oil is edible with a pleasant smell, and reduces the blood cholesterol. Generally it is grown under late Kharif and Rabi situations. Sunflower oil is rich in Vitamin E and low in saturated fat. It also contains monounsaturated and polyunsaturated fats along with vitamins that makes it one of the healthiest oils for consumption. High oleic sunflower oils contain 80% or more monounsaturated fats. Thus, sunflower oil helps in lowering cardiovascular diseases and chance of heart attack. 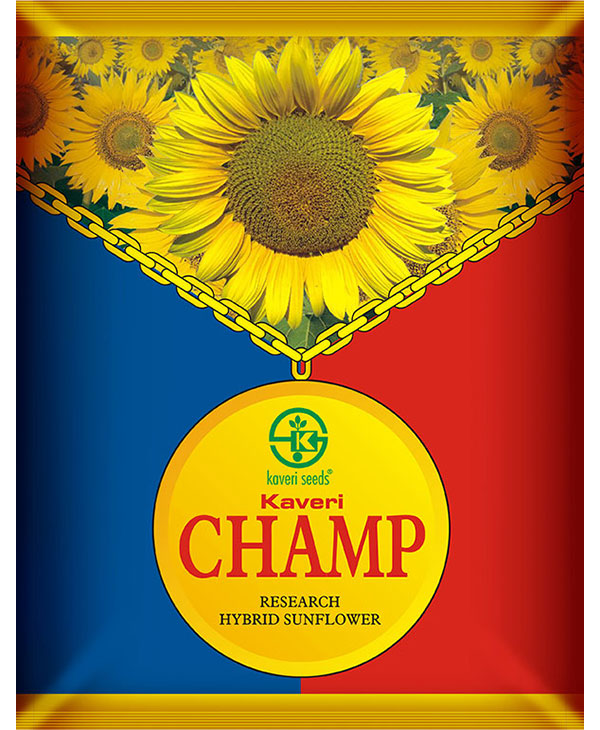 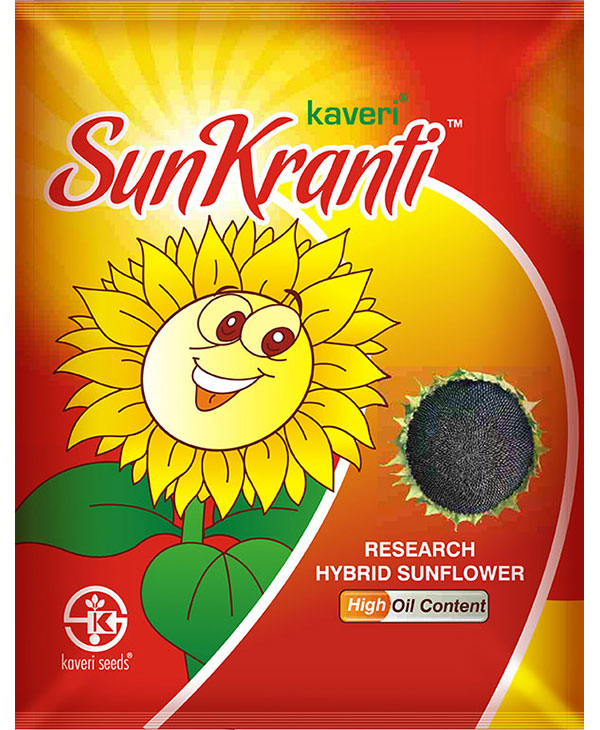 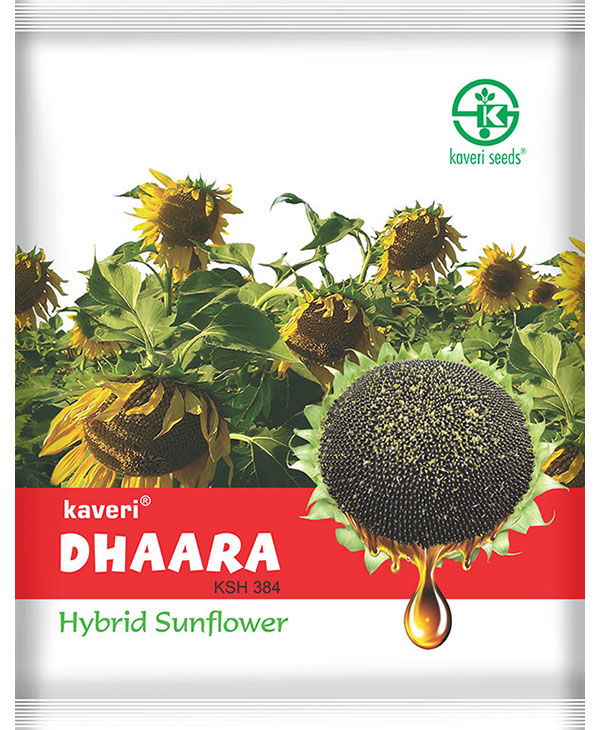 Normally two types of mustard varieties are seen (i) Brassica hirta mainly generates the white and yellow types and (ii) Brassica juncea. is the main producer of mustard seeds like brown and oriental. All such mustard seeds reveal the prickly type of taste. The main origin of the mustard seed is Canada and then brought in America. It is assumed that mustard existence is five centuries earlier than Christian era. Mustard is an important spice in many regional foods and may come from one of three different plants: black mustard ( B. nigra), brown Indian mustard ( B. juncea) or white mustard (B. hirta). It has a religious significance, in the Bible Jesus tells the Parable of the Mustard Seed referring to faith and the Kingdom of God. The earliest reference to mustard is in India from a story of Gautama Buddha in the fifth century BC. Mustard grows well in temperate regions. Major producers include Canada, Nepal, Hungary, Great Britan, Pakistan and the USA. Mustard seed is a rich source of oil and protein. The seed has oil as high as 46-48%, and whole seed meal has 43.6% protein.

Sorghum is an indigenous crop to Africa, with domestication having taken place there around 5000 – 8000 years ago. It is a principle cereal crop of the world. It is the world`s fifth major cereals in terms of production and acreage. It is grown under semi-arid monsoonal tropical regions of the world. It is a drought tolerant crop; generally it is grown in Kharif rain-fed situations as well as irrigated situations. Few varieties are under Rabi situations. Sorghum yields are affected by the occurrence of aberrant climatic conditions. The crop genetically suited to hot and dry agro – ecologies where it is difficult to grow other food grains. Rich in Zinc and Iron content in sorghum.

Pulses are an important constituent in local food crops in developing countries. They are the key source of protein in the diets of world’s poorest countries. In India, the commodity forms an important staple in vegetable based diet. In crop production system, pulses represent an input saving and resource conserving technology through biologically fixing nitrogen. 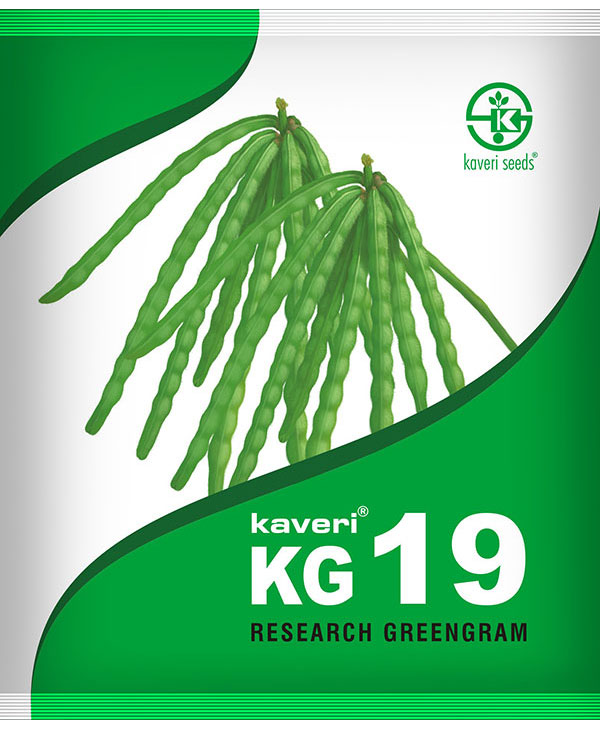 Bajra is a hardy crop, suitable under semi-arid and arid zones and sustain well under stressful situations. It is used for dual purpose, grain & fodder. It is generally grown in Kharif and summer situations due to its wide adaptability. The major pearl millet growing states are Rajasthan, Maharashtra, Gujarat, Uttar Pradesh and Haryana.

The cultivation of wheat (Triticum spp.) reaches far back into history. Wheat was one of the first domesticated food crops and for 8000 years has been the basic staple food of the major civilizations of Europe, West Asia and North Africa. Wheat occupies major area under cultivation on the earth’s surface among the field crops and it is close third to rice and corn in total world production. Its production is mainly located in the temperate zones of developed and emerging countries. Today its production leads all crops, including rice, maize and potatoes. The optimum growing temperature is about 25°C, with minimum and maximum growth temperatures of 3° to 4°C and 30° to 32°C. Wheat contains minerals, vitamins and fats (lipids), and with a small amount of animal or legume protein added is highly nutritious.

Although the so called bread wheats are common to most of us, there are many uncertainly related species that make up the genus Triticum. This likely was due to a number of natural crossings with wild species during its early evolvement. Some of the species closely related to our common wheats would be einkorn, emmer, durum, and spelt. 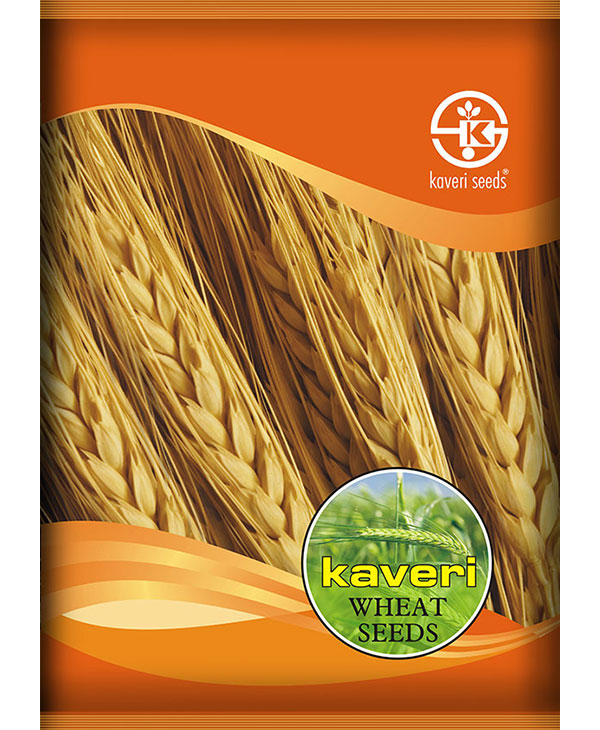 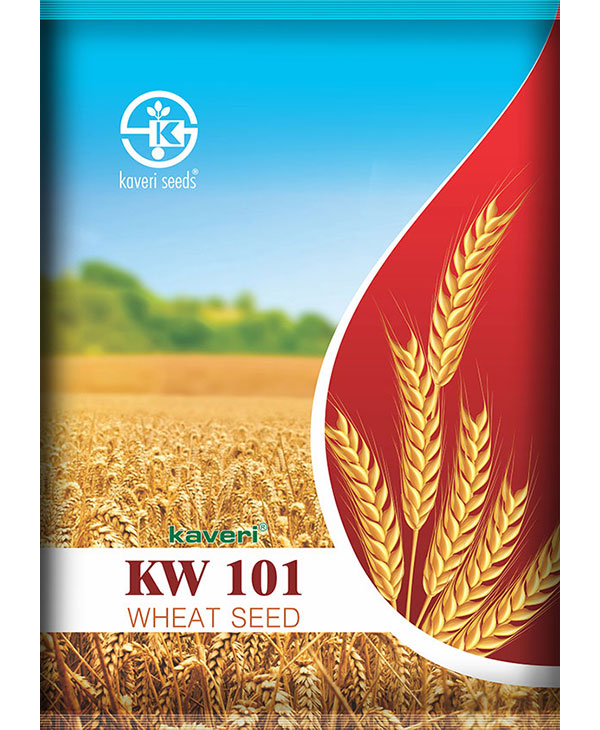 UPL and Arysta LifeScience are now one company.

UPL’s acquisition of Arysta LifeScience has received regulatory approval worldwide and together we are moving fast to creating a new leader in global agriculture.

Our websites will continue to be the best place to get news updates over the next months as we fully integrate our combined businesses.